Did you ever wish you could travel to exotic places without leaving your house? Our buyers travel the world so you don’t have to and they bring back some of the most marvelous finds you can imagine, like our traditional Maya Hammocks made in Yucatán.

Yucatán, a Mexican state, is officially known as the Free and Sovereign State of Yucatán. It is located on the north part of the Yucatán Peninsula with the Gulf of Mexico off its north coast. It is famous for its beautiful beaches and impressive Maya ruins.

It also hosts thousands of flamingos, over 200 bird species, and large populations of sea turtles and jaguars in the 118,000-acre Rio Lagartos National Wildlife Refuge. 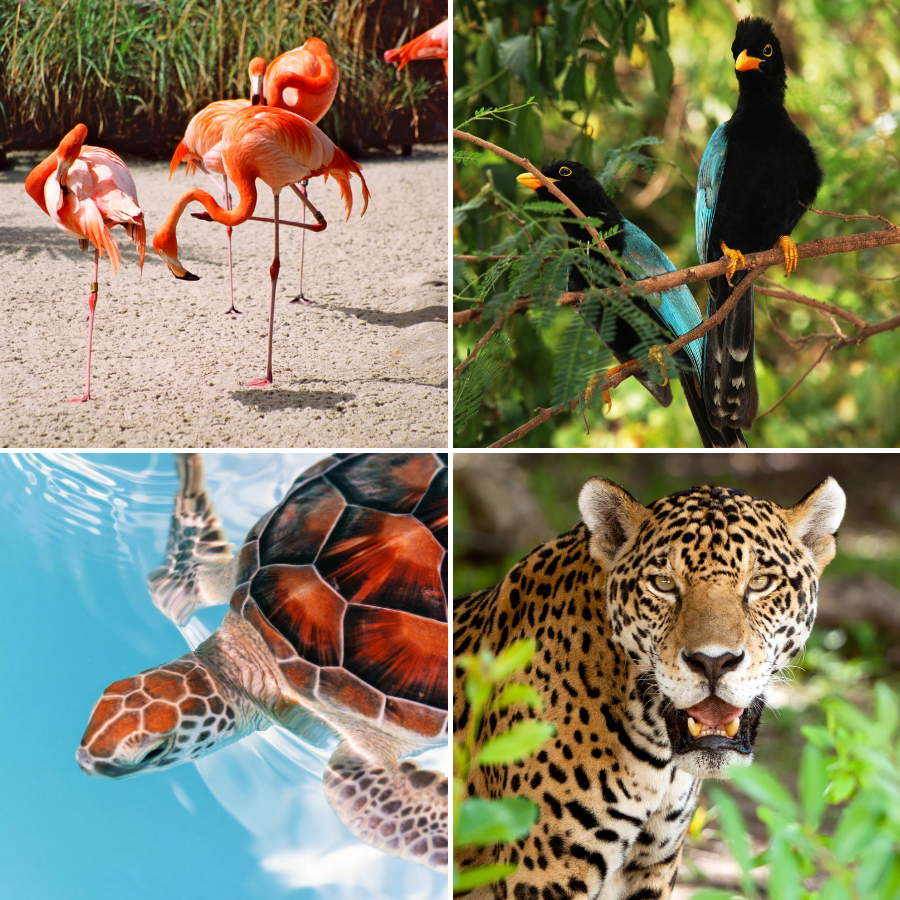 Although Yucatán is a major tourism destination, it is also home to one of the largest indigenous populations in Mexico, the Maya people. Today's Maya are generally descended from people who lived within the ancient historical Maya civilization and have managed to maintain numerous remnants of their ancient cultural heritage.

The Maya civilization is fascinating. Not only did they develop a sophisticated writing system using an elaborate set of glyphs still found carved on walls, but their mathematics, calendar, and astronomical system were also highly sophisticated. In fact, they established some of the most accurate pre-telescope astronomy in the world.

Yucatán's rich history of ancient culture is evident in its archaeological sites. Seventeen of these sites have been restored and open to the public including Chichén Itzá famed for its a massive pyramid, ball court and stone temples.

Ek' Balam is noted for its well preserved sculptures.

And Uxmal, with its intricate carved facades.

In Mérida, the capital and largest city, Yucatán's Spanish colonial history is reflected in its colorful buildings and 16th-century Mérida Cathedral. 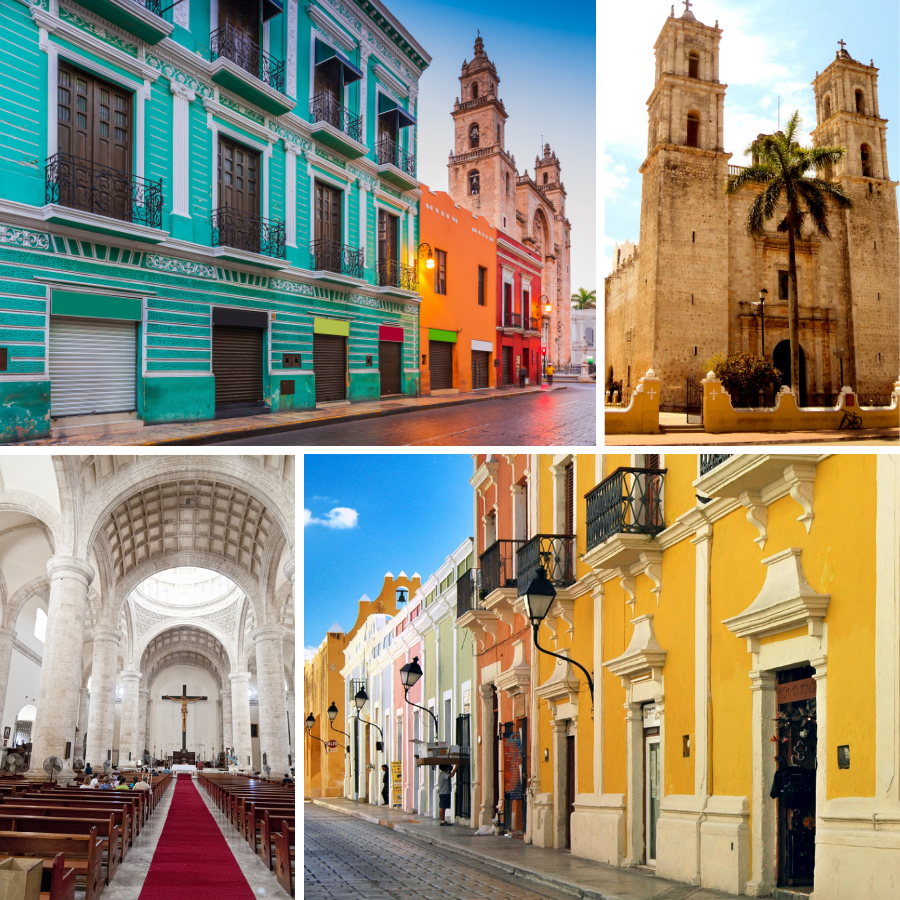 Although our buyers were only in Yucatán for a short trip, they had time to enjoy the gorgeous views. Yucatán has approximately 2,600 fresh water pools called cenotes. It was so peaceful and serene, like a little slice of heaven. Our buyers soon realized this laid back way of life can only truly be enjoyed from the comfort of a handwoven hammock. 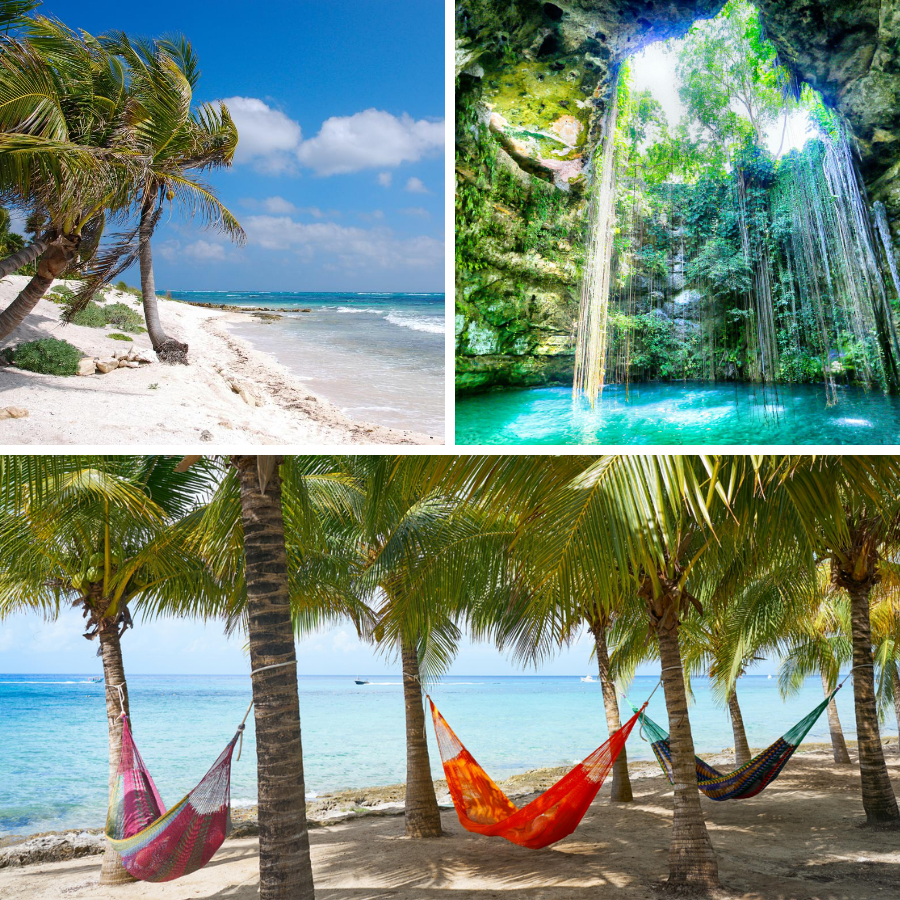 Hammocks have been used by Maya for over 3,000 years. Hammocks are so culturally important for all people in Yucatán that all houses are built with hammock hooks installed on all the bedroom walls. Most Maya do not even own a bed.

Hammock weaving is an art, which is passed on from generation to generation. Maya artisans are known for making some of the finest hammocks in the world.

Entire villages across the state of Yucatán in Southeastern Mexico still make hammocks by hand in the traditional manner, using two special needles and a loom. The diamond-like threading gives each hammock a comfortable weave, providing durability and ventilation. It can take from one to two weeks to hand weave a hammock depending on its size.

Our buyers handpicked a wonderful selection of nylon hammocks woven in beautiful colors. Why nylon you ask? Nylon dries faster and is the best choice for humid climates. Nylon is incredibly strong, but also light weight making these hammocks easy to hang and perfect for camping and hiking trips.

Hammock weaving is an important source of income for many Yucatán families. When you buy a Maya Hammock from Yucatán, you help these incredible people earn a decent living and raise their family with honor and respect.

Have one of our Maya Hammocks? Show us how relaxing it is on Instagram at @southeasternsalvage or on Twitter at @SESHomeEmporium

Style Holiday How It's Made Lifestyle

This website is designed to give customers a general idea of the type of products we sell.
Products, Styles, Colors, and Prices may vary by store.
If you are looking for something specific, please confirm availability and price with the store.